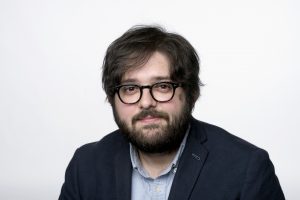 Even though COVID-19 dominated headlines, other important stories also rose to prominence in 2020 – in particular a sharp increase in awareness of institutional and systemic racism. In that context, and amid increasing concerns about racial bias within the RCMP and other Canadian police forces, Tom Cardoso’s Globe and Mail series “Bias Behind Bars” resonated like thunder. His in-depth examination revealed that “custodial risk assessments” in federal prisons are systemically biased against Indigenous, Black and female prisoners.

Cardoso undertook a laborious, ground-breaking investigation. He obtained difficult-to-access data, created sophisticated programs to analyse it, and found compelling stories about the people reflected in the numbers. Faced with a massive amount of data, he came up with a way to compile, decode and make sense of it, and in doing so proved beyond an iota of doubt that individuals from racialized backgrounds entering federal prisons have two strikes against them from the moment of sentencing. The standard evaluations used to determine their likelihood of rehabilitation – and thus their access to useful programming and better conditions – are profoundly and systemically biased.

Cardoso also discovered that Corrections officials were aware of the situation, and had done nothing to rectify it. And finally, he found and spoke to detainees who were personally affected by this systemic bias. What might have been a story of statistics instead became a powerful human story. The investigation revealed how Canada, a country that says it stands against inequality, sometimes overlooks or condones injustice.

Cardoso’s work demonstrated how pursuing and examining elusive data can reveal previously unseen patterns and provide unassailable, objective evidence of previously unreported truths. The project created an important foundation on which a more just correctional system, one that deals more constructively and equitably with those convicted of crime, could be built.

Cardoso’s entry for “Bias Behind Bars” won the 2020 George Brown Award for Investigations. His selection as Journalist of the Year, from among 15 winning entries that had been submitted by individual entrants, was made by a panel comprising two former NNA winners and a former NNA judge.