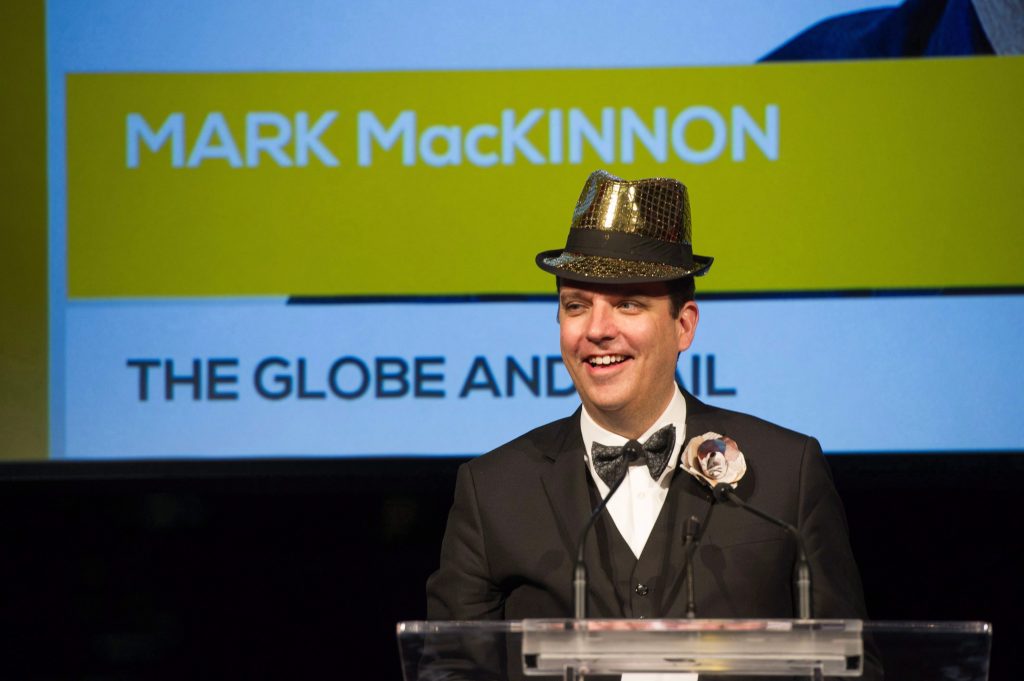 Mark MacKinnon of the Globe and Mail accepts the award for journalist of the year at the 2016 National Newspaper Awards in Toronto, Friday, May 5, 2017. THE CANADIAN PRESS/Galit Rodan

Journalists usually try to uncover the truth one story at a time. Most times, we have to be humble enough to admit that our articles address only part of a bigger truth, a fraction of a grander issue. Occasionally, building on years of work, a journalist will experience a rare moment of utmost clarity. Mark MacKinnon, the winner of this year’s Journalist of the Year award, did just that.

For over 15 years MacKinnon has been a foreign correspondent, moving from posting to posting. His knowledge of Russia, the Middle East, Western Europe and beyond came together when he wrote “The graffiti kids who sparked the Syrian war,” a 16,000-word story that has already been translated into many languages.

For this piece, MacKinnon spent six months travelling through several countries, determined to find the children who were the first victims of the brutal Assad repression in Syria in the spring of 2011. Finding them was a feat of its own. Then, he weaved a narrative that details the interdependence of world events today – in Europe, the United States, Russia, Turkey and the rest of the Muslim world. The result is an incredible piece of writing that combines context with storytelling and dogged reporting.

All through this tour de force, McKinnon put himself at the service of the story – an example of what the Journalist of the Year should do.

All the best of journalism comes together in one long article: a gripping story, elegant written, and which captures the time we live in.