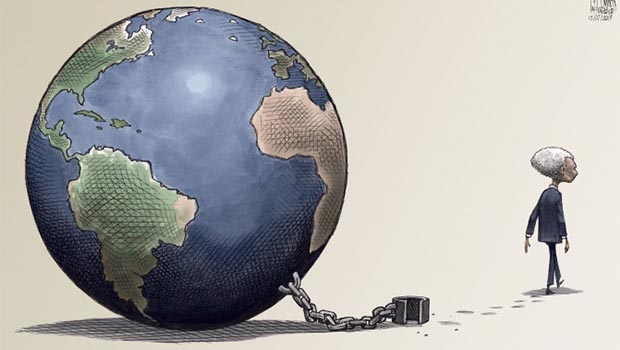 Bruce MacKinnon of the Halifax Chronicle Herald is a seven-time nominee and has won the NNA for Editorial Cartooning twice, in 1992 and ’93. Judges said his cartoons covered the waterfront on political satire and were consistently funny with a strong sense of irony. MacKinnon’s work was also described as layered, clever, subtle and multi-dimensional in its ability to both entertain and provoke reaction.

Thanks to our 2021 Benefactors: