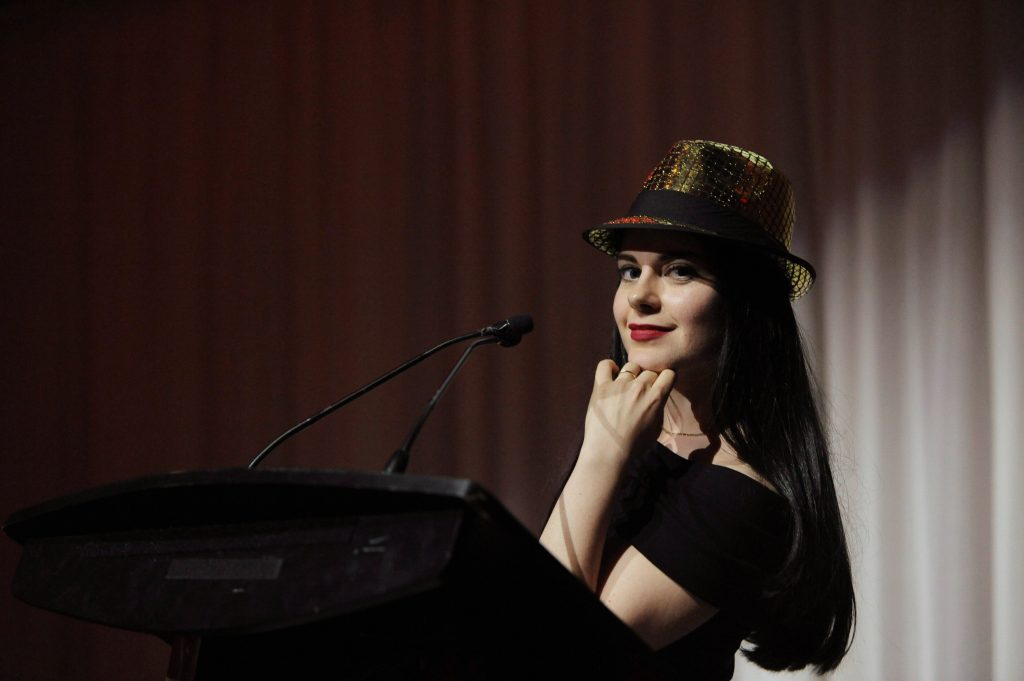 Robyn Doolittle – 2017 Journalist of the Year

Sometimes systemic problems can seem so entrenched that one doesn’t even know where to begin to change the patterns. This is where the dogged work of a journalist such as Robyn Doolittle can accomplish so much. Her work on “Unfounded” was a wonderful example of public service journalism: a series that has the potential to change the lives of countless women.

Doolittle’s investigation began with a basic question for which there was no apparent answer: how were police departments across Canada handling sexual assault complaints?

No statistics were available to the public. The truth about how police investigate complaints of sexual assault was hidden behind a wall of obstruction that would take 20 months to dismantle, piece by methodical piece.

The resulting endeavour fulfilled one of the highest callings of journalism: to make the unseen visible so that positive change can occur.

Robyn Doolittle’s work on the investigation was relentless, impassioned and sensitive. The project was a massive undertaking that involved months of hunting down information from hundreds of police forces across the country, along with extensive interviewing of experts and victims.

At every turn, Doolittle refused to be diverted, cowed or misled. When one Ontario city maintained that there were no issues with its investigations of sexual assaults, she found evidence to the contrary. When dozens of police departments co-ordinated with one another to deflect her requests for information, Doolittle exposed the effort.

This work has had a huge impact. It prompted many police forces to review closed cases, and to reopen some of them. And it led the federal government to earmark $100 million to combat gender-based violence.

For her determined and unforgettable work on Unfounded, we are proud to name Robyn Doolittle the 2017 Journalist of the Year.