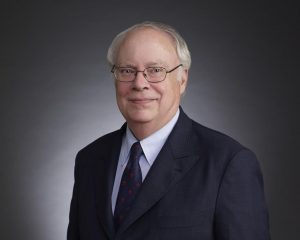 It is with sorrow that we announce the death of one of the most important individuals in the history of the National Newspaper Awards. Stuart Robertson, the longtime secretary-treasurer and volunteer legal counsel of the organization, died on March 27. He was 74.

While the awards program dates back to 1949, its current structure as a not-for-profit corporation was established in 1989. Many of the founding documents of the “modern” incarnation of the NNAs were written and signed by Stuart, who was passionate about the program’s mission of honouring Canada’s finest journalism.

Most, perhaps all, of the contributions Stuart made to the NNAs over the years – from mundane tasks such as maintaining meeting minutes and overseeing government filings to mission-critical work such as recommending rule and procedural changes to keep the program relevant in an increasingly digital media landscape – were done on a voluntary, pro bono basis.

Stuart’s ruddy-cheeked, smiling face was a fixture for nearly three decades at the annual NNA gala to announce winners. He sat at the front of the room during the presentation, working alongside executive secretary Bryan Cantley to ensure that each certificate was handed to the correct recipient. Many of those years, Stuart spent the hours before the ceremony focused on one other vitally important role – keeping Cantley (who died in 2013) from exploding with nervous tension over the possibility something might go wrong – a “bomb” – during the show.

“He was a calming presence, able to be serious but with a twinkle in his eye – and he gave great hugs,” said Lauraine Woods, who worked closely with Cantley and Robertson, and became the senior NNA executive after Cantley’s death.

In 2019, as Stuart began stepping away from day-to-day legal work, he was presented with a special NNA governor’s award “in recognition of (his) tireless service in upholding and defending the integrity of journalism across the country.” Characteristically humble, he declined organizers’ requests that he make an acceptance speech; instead, he simply stood and waved shyly as a room packed with the country’s top journalists and news executives gave him a standing ovation.

One of Canada’s top media lawyers, Stuart provided pre-publication legal advice for decades to editors at The Canadian Press, Postmedia and other news organizations. He was renowned among senior editors for his dedication to finding a way to publish information of public interest, even in the face of potential legal obstacles.

“The best lawyers are dedicated to telling the story,” Stuart said in a 2000 feature on media lawyers, published by the Ryerson Review of Journalism. “To me, the essence of an effective media lawyer is somebody who’s absolutely devoted to getting the story told. It takes editing skills, a literary sense and an understanding of the factual underpinnings of the case. Plus a sense of defamation law, contempt law, privacy, confidentiality – all that important stuff.”

In addition to always providing “A-plus legal advice, always with the intent of getting the story published,” Stuart had other memorable attributes, said Scott White, former Canadian Press editor-in-chief and a longtime chair of the NNA Board of Governors: “A calm and measured demeanour (and) a tremendous, dry sense of humour, which often defused tense situations.”

Stuart “would help you get the story done rather than kill it,” said former CP president Eric Morrison. “He always had sensible advice about how to keep your ethics intact while negotiating a way through legal thickets to a resolution. So sorry to know he is gone; I will miss his gentle humour.”

Jim Poling Sr., former editorial vice-president for CP, said Stuart “had a brilliant mind that was matched equally by his human touch. Journalism, and the world in general, has lost another good one.”