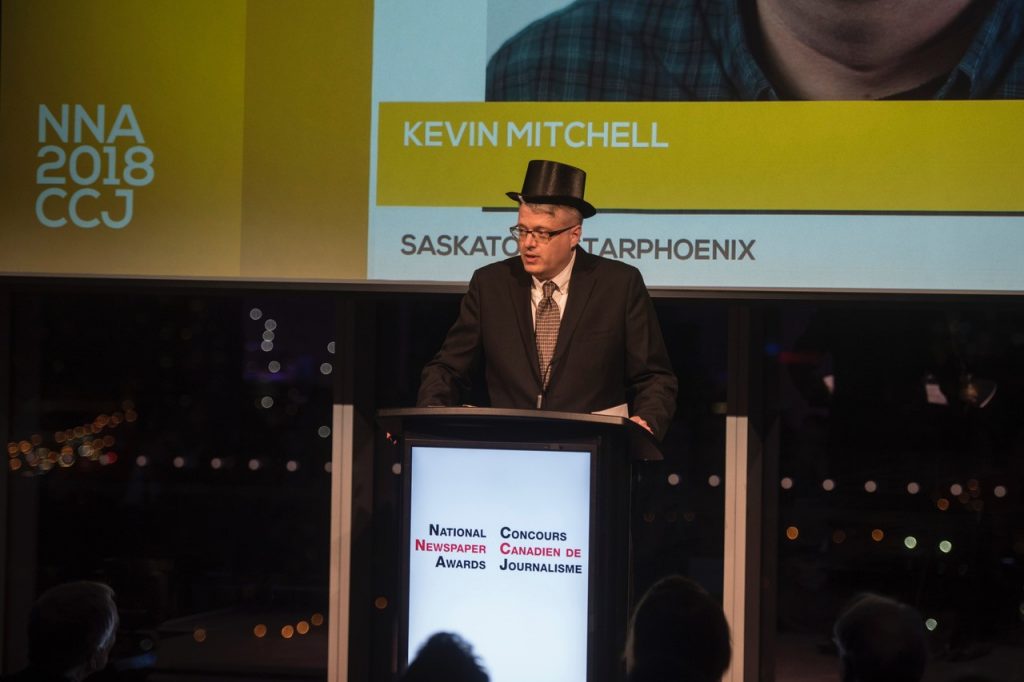 Kevin Mitchell 2018 Journalist of the Year

When a truck crashed into the Humboldt Broncos team bus last April, the entire nation mourned the loss of 16 lives, most of them teenage boys. Virtually every daily news outlet in the country provided extensive coverage. But one reporter’s work stood out from the rest.

Kevin Mitchell of the Saskatoon StarPhoenix kept reporting for months, not only telling the story in all its facets but helping the entire province of Saskatchewan cope with the emotional blow the tragedy caused.

The three Journalist of the Year judges were effusive in their praise for Kevin’s coverage. They said it was deeply reported, beautifully written without being maudlin or over the top, and sharply focussed not on politicians and officials but on real people who were touched in one way or another by the crash.

The judges said Kevin never seemed to tire of the assignment, avoided any temptation to reach for colour, and continually came up with creative new approaches to his reporting. One judge said, “You just kept wanting to read his stuff.” Another said Kevin made it all seem effortless, with stories that spoke to both the head and the heart. Judges called his reporting on Humboldt “transcendent” and said it was the kind of work all journalists covering tragedy should aspire to.