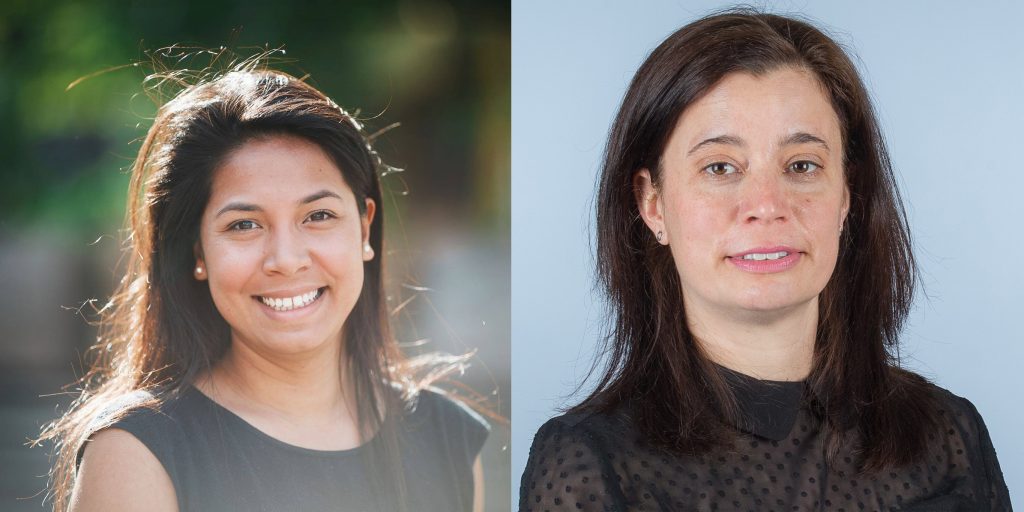 While Covid-19 continued to dominate headlines in 2021, Améli Pineda and Magdaline Boutros of Le Devoir cast a spotlight on another scourge: conjugal violence, a form of domestic terrorism that has intensified during the pandemic. For this work, they have been chosen as joint recipients of the National Newspaper Awards’ Journalist of the Year honour.

Pineda and Boutros created a beat to report on domestic violence in March of 2021, after seven women were killed by their partners in Quebec in less than six weeks. They examined more than 100 files of men accused of attempted murder, murder or manslaughter against their current or past partner.

Their work highlighted the difficulties society has in dealing with domestic violence and in protecting women who seek help. One statistic that stood out in their analysis: even in cases involving the most serious crimes in the Criminal Code, including attempted murder, a quarter of the men were released pending trial.

In reports that were both empathetic and authoritative, Pineda and Boutros showed readers the realities of conjugal violence. They gained the confidence of young adults whose mothers had been killed. And they revealed the shortfalls of official approaches: an existing evaluation system that is rarely used, and warnings that can too easily be ignored.

Their entry, which also won the Beat Reporting category, was selected from among 15 winning entries reviewed by three Journalist of the Year judges: Carolyn Abraham, Manon Cornellier and Satya Brata Das.

The judges said Le Devoir’s lucid chronicle of feminicide and its ramifications — especially for the children left behind — reminded readers that to live free from fear is a privilege denied many. They called it an eloquent demonstration of journalism’s ability to bring truth to those who hold the power to change society for the better.

This is the first time since the award was created in 2014 that it has been bestowed on two journalists. Only individual winners and two-person teams are eligible to be considered for the honour. The seven previous Journalists of the Year – Bruce MacKinnon, Joanna Slater, Mark MacKinnon, Robyn Doolittle, Kevin Mitchell, Randy Richmond and Tom Cardoso – were individual entrants.

Thanks to our 2021 Benefactors: